Formerly known as adult-onset diabetes or non-insulin dependant diabetes, type 2 diabetes is the most common form of this diseases, and affects between 90% and 95% of the estimated 13 million males who suffer from diabetes.

Individuals with type 1 diabetes do not produce insulin.  Those with type 2 diabetes do produce insulin, but the pancreas does not secrete enough of this chemical or their bodies are unable to recognize and utilize the insulin that is produced, in a condition known as insulin resistance.  Whether the diabetes symptoms in men are from insulin levels that are low or not being used properly, it is not possible for glucose, a form of sugar, to provide the energy needed to fuel the cells.  As a result, sugar levels in the blood increase but the cells do not function correctly.  The increased levels of glucose in the blood lead to various symptoms.

Anyone can be affected by this disease.  However, those who are obese or overweight, women who suffered gestational diabetes while pregnant, individuals with a family history of the disease and individuals with metabolic syndrome, which includes several problems such as high overall cholesterol, low HDL levels, high triglycerides, high LDL levels and higher than normal blood pressure.  Additionally, the body becomes more susceptible to developing the disease as the body ages and becomes less tolerant of sugars.

What Causes this Condition?

While much more common than juvenile onset diabetes, this form, type 2 diabetes, is less well understood.  In all likelihood, multiple factors lead to the condition instead of a single problem.

Type II diabetes sometimes runs in families; however, research has not yet shown how it is inherited nor is there a single genetic factor known to cause the disease. 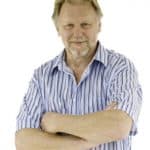 • Tingling or numbness of the feet or hands.

In rare instances, the individual is diagnosed with the condition after entering the medical facility after falling into a coma.

When health professionals suspect this condition, they begin with a check for high blood sugar levels or other abnormalities in the blood.  They might also test for sugar or other markers in the urine. When the condition is not well controlled it can lead to serious or even life threatening complications for the sufferer.  These sympyoms include:

• Retinopathy. This is an abnormality of the eyes related to the development of diabetes.  Even though an individual has no vision problems when initially found to have the condition, many develop problems related to the eyes over time.  To prevent progression of vision problems, one should take steps to control blood sugars, hypertension and cholesterol.  Fortunately, most people do not have significant vision loss.

• Kidney damage. The risk of developing kidney disease also increases over time.  This means the longer one has diabetes, the greater his or her risk for the disease.  Kidney damage can cause significant other serious illnesses, including kidney failure or heart disease.

• Nerve damage and poor blood circulation. The damage to one’s nerves and hardening of the individual’s arteries can decrease feeling and blood circulation to the feet.  This leads to greater risk of infections and ulcers which often heal poorly.  These ulcers raise the risk of the need for amputation.  Damaged nerves can also lead to problems with the digestive system, including vomiting, nausea or diarrhea that can also lead to more serious conditions.