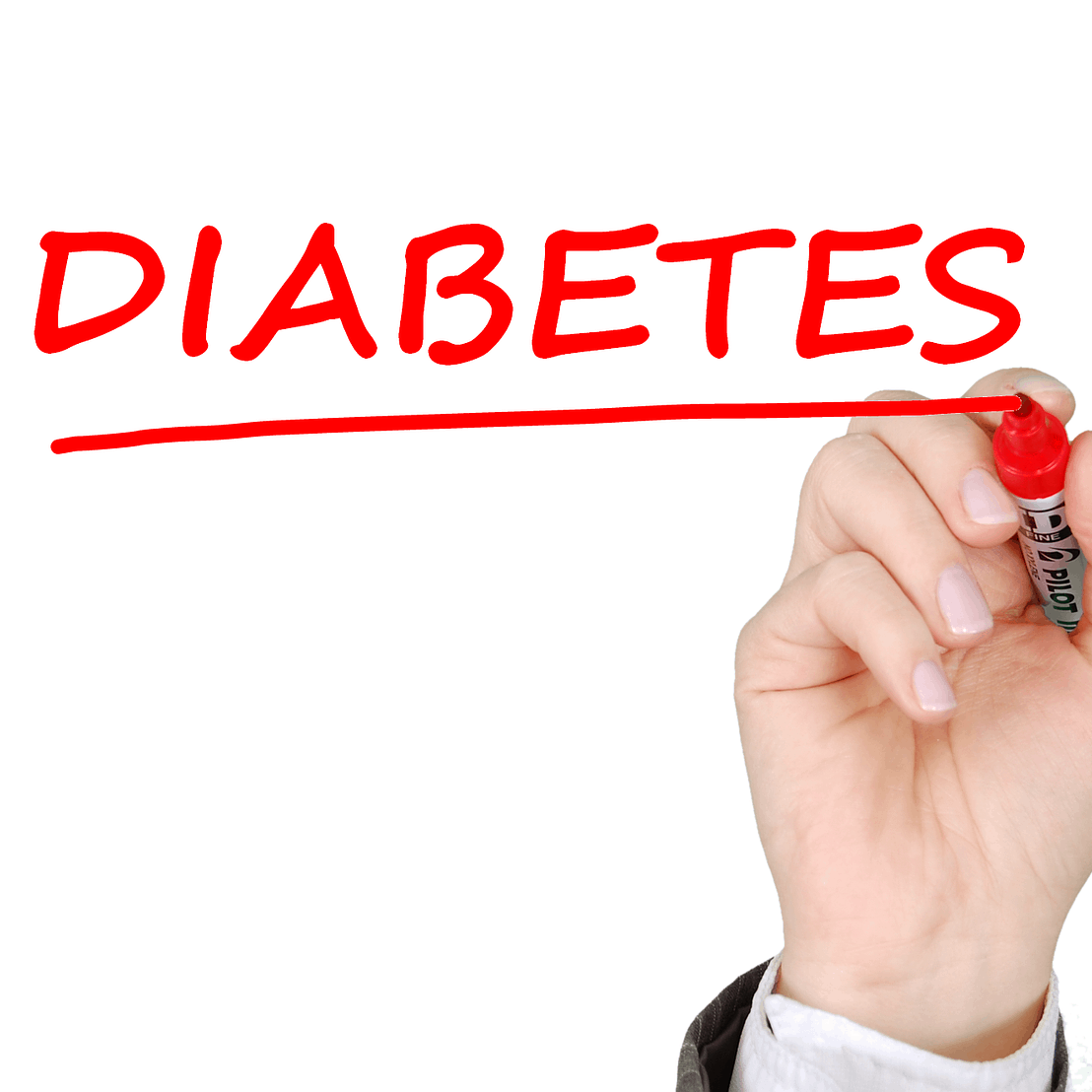 One of the few physical signs that suggest a person is at risk for diabetes are darkened skin affecting one’s knees, elbows, armpits, neck or knuckles.  This condition is known as acanthosis nigricans.

There are also some classic red flags for which one should be cautious including:

When Should a Person See His Doctor?

Individuals concerned about diabetes or who notice any of the signs of type 2 diabetes or symptoms, including, blurred vision, fatigue, increased thirst or frequent urination should consult with their medical care provider.

Individuals should request the doctor provide blood glucose screening if they have any of the following risk factors for pre diabetes.

Overweight, as measured by a BMI or 25 or greater

Family history of the disease

Women who developed gestational diabetes or who birthed a baby weighing more than 9 lbs. (4.1Kg)

Regularly sleep less than 6 hours or more than 9 hours each night.

Doctors do not know the exact cause of pre diabetes; however, research has linked some genes to insulin resistance.  In addition, inactivity and excess fat, especially in the abdominal region, seem to be important risk factors.

Individuals with pre diabetes no longer process glucose, a sugar, properly anymore.  As a result, levels build up in the blood stream instead of providing fuel to the cells making up the muscles and other body tissue.

As food is digested, glucose enters the bloodstream.  Insulin helps the cells of the body to absorb the glucose where it is used for energy.

Insulin, a hormone, is created by the pancreas, a gland located in the abdominal cavity behind the stomach.  When a person eats, the gland secretes insulin into the bloodstream.  As the blood circulates, insulin acts as a key, unlocking doors to allow sugar to pass through the cell walls.  Insulin reduces the amount of sugar in the bloodstream, and its secretion lowers as blood sugar levels drop.

In individuals with pre diabetes, the process no longer works properly.  The sugar begins to build up in the bloodstream.  The problem may be related to the pancreas creating less insulin or that the cells have become insulin resistant.  In some cases, it seems as if the locks have been changed to the cells.

The following risk factors increase the chances of developing this disease:

Excess Body Weight:   The more fatty tissues one has the more resistant to insulin the cells become.

Inactivity:  Individuals who are inactive have a greater risk of pre diabetes.  Activity can help with weight control, use excess glucose and cause the cells to accept insulin.

Age:  As a person grows older, his or her risk of the disease grows higher, especially once reaching age 45.  This may be related to a lack of exercise, loss of muscle mass or weight gain.  However, the condition is also growing in younger age groups.

Family History:  pre diabetes is hereditary.  If a parent, sibling or others in the family history suffers type II diabetes, one’s risk is increased.

Race:  While the reason is unclear, individual of certain races, such as Hispanics, African Americans, Asian Americans, American Indians and Pacific Islanders have a greater chance of developing this condition.

Polycystic ovary syndrome:  Women who suffer this syndrome, a condition that is often characterized by irregular periods, obesity and excess hair growth may be at an increased risk.

Sleep:  Sleeping too short a time or too long a time each night can increase one’s risk of developing insulin resistance.  According to doctors, patients should sleep between 6-9 hours for the lowest chances of developing either pre diabetes or type 2 diabetes.

In addition, the following conditions are associated with diabetes:

If these three conditions occur together with obesity, they can result in resistance to insulin, known as metabolic syndrome.  If possible the individual should change his or her diet to lower body weight and reduce intake of unhealthy fats while increasing the healthy ones in order to lose weight and reduce risk factors.

Thanks for stopping by my Dealing With Diabetes blog! My name is LeeAnna.

link to Can Diabetics Eat Popcorn?

Continue Reading
link to Why Do Diabetics Pee So Much?

Have you recently been diagnosed with diabetes? Do you feel like you always have to urinate? You frequent the toilet many times at night and you are always seeking the restrooms when you are out in...

Thanks for stopping by my Dealing With Diabetes and Nutrition blog! My name is LeeAnna. I am a registered dietitian and certified as a diabetes care and education specialist (formally known as a certified diabetes educator). My goal is to answer questions you may have about diabetes, dealing with diabetes and nutrition. Mixed messages are everywhere. Hopefully, this blog will help clarify some of the confusion!